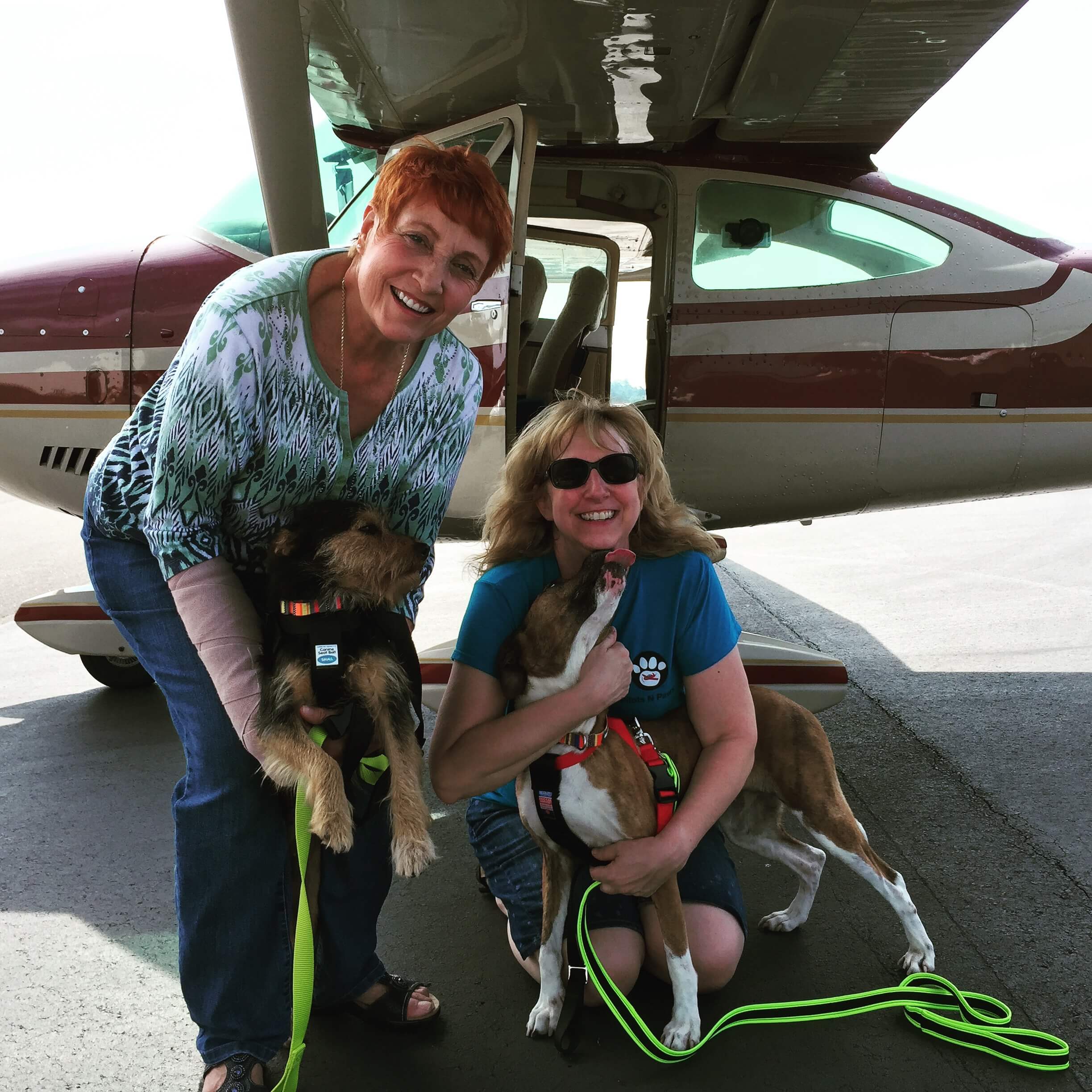 These two dogs were like a human couple. Mrs. B was the older and wiser dog who really could have cared less about the energetic bigger youngster who was always on the move. She was awesome in the way she totally ignored Sandy. 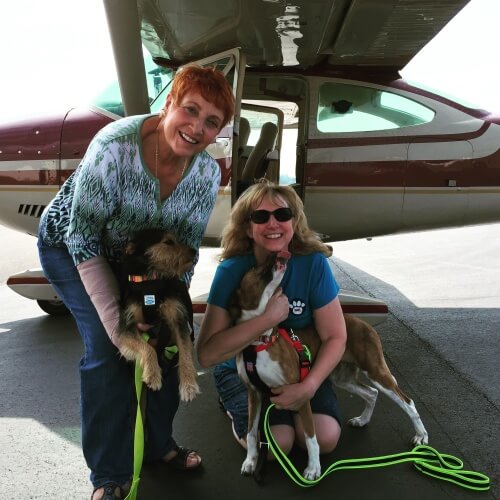 Our Out of Pocket Fuel Bill: $521
Hours to Complete Flying Responsibilities: 14
Flight Hours: 6.25

On July 18, 2015 we picked up Mrs. B and Sandy for a flight from Statesville, NC to Athens, GA. Mrs. B had been the dog of an older woman who was no longer able to keep him and Sandy was a local rescue that needed an energetic new home.

They made wonderful passengers on the hottest flight of the year. While I can climb higher for colder air in the summer, I don’t like to fly higher than 6,000 feet to keeps the dogs comfortable.

We met the connecting pilot in Georgia who flew these two down to the final destination in Alabama.

Getting back home was an adventure and we ran into a tough line of thunderstorms that we had to sneak around to get out of Spartansburg, SC. Not a fun time. 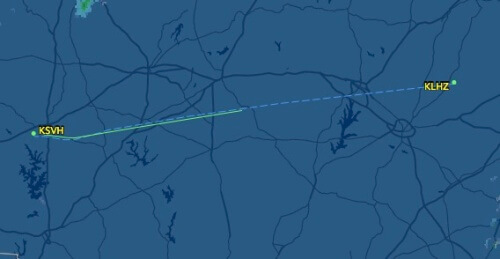 Leg 1 from Home to Statesville, NC

Leg 2 from Statesville, NC to Athens, GA would not render when I went to get the image. 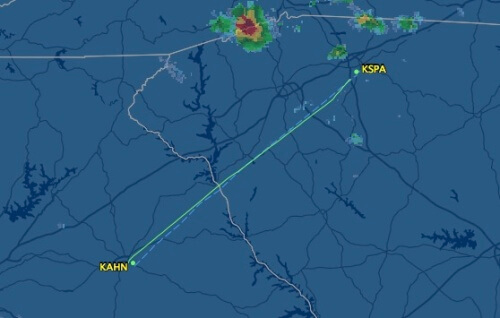 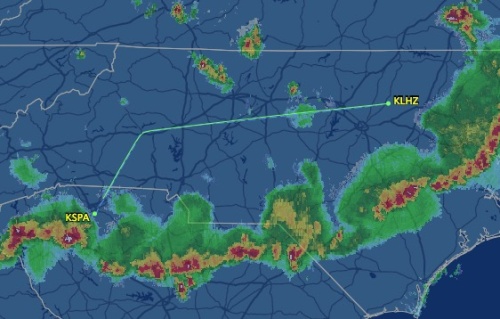 Leg 4 from Spartansburg, SC to Home. That line of storms you see in the image above had moved from north to south across our path.