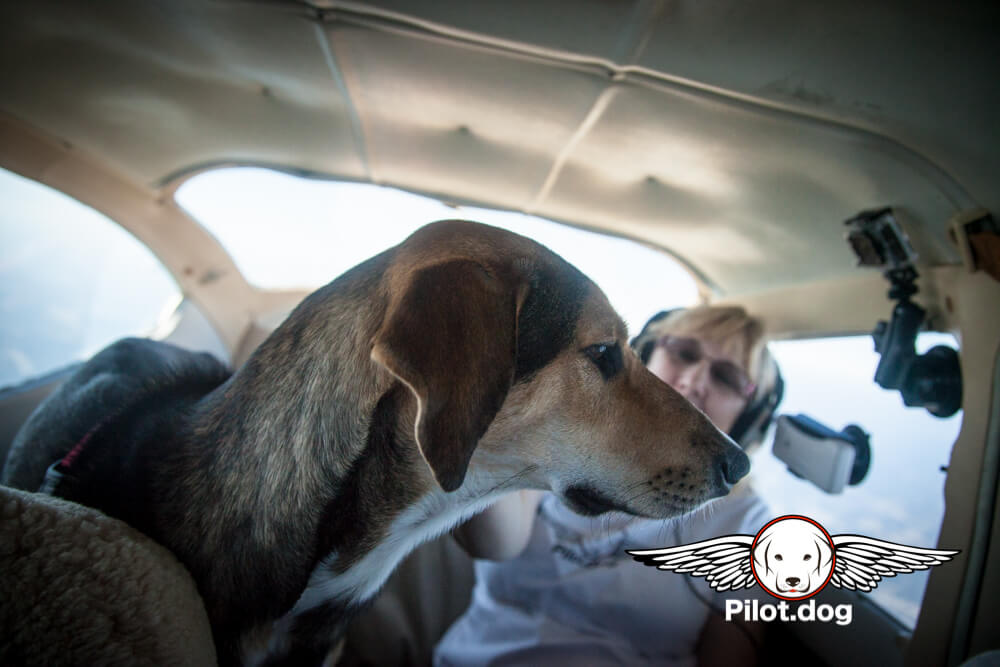 Hayden was a great passenger with us on a recent flight. He’s just a big puppy and it’s hard to keep that in mind since he’s still so young. It was an adventure. You’ll see.

Ashley jumped in for the first time and spontaneously volunteered to rescue and foster Hayden who was scheduled to be killed in a couple of days to make room at the shelter.

The dear Ashley was a brave soul and took Hayden in for three weeks as his foster from Crisis Dogs NC while his future was worked out. During that time Hayden was neutered and that’s why you see him wearing a cone at times in the video.

I think Ashley is going to be a great foster mom for more dogs.

Patrick Allen, another instrument rated pilot, joined us for this trip and served as my safety pilot as I shot the two instrument approaches on each end of this flight to maintain my IFR currency. But he’s also a great guy who has a big spot in his heart for these missions.

In fact Patrick was with me when we flew Sniper from Orlando to Newport News.

Hayden took to the plane like and experienced aviator. He was eager to get in, was very relaxed, and was not fussy at all. However, he was not all that fond of loud noises when we closed the doors or started the plane. He barked a bit but soon calmed down for the flight.

The flight took us over some superb flat land and we spent a collective 120 miles over water during the entire trip. Most of it was over the Chesapeake Bay so easy gliding distance to land in case of emergency.

Besides the bouts of the most eye watering farts, the flight was normal. We’ll we did have a few minutes of increasing concern as some other aircraft was headed right at us and climbing close to our altitude. But not to worry, the talented air traffic controller kept us safe and we coordinated a plan to avoid trouble.

The winds were really gusty when we landed in Georgetown, Delaware. It made for an adventurous arrival but we quickly met up with Rob, the next pilot, and handed Hayden off for his next leg. It was hard saying goodbye to Hayden. He’s a keeper for one lucky family.

After a lunch in the fantastic airport restaurant we began our 2.5 hour trip back to North Carolina. 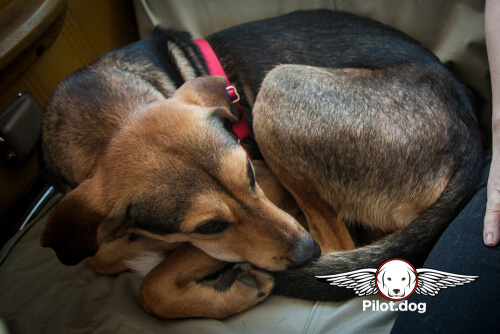