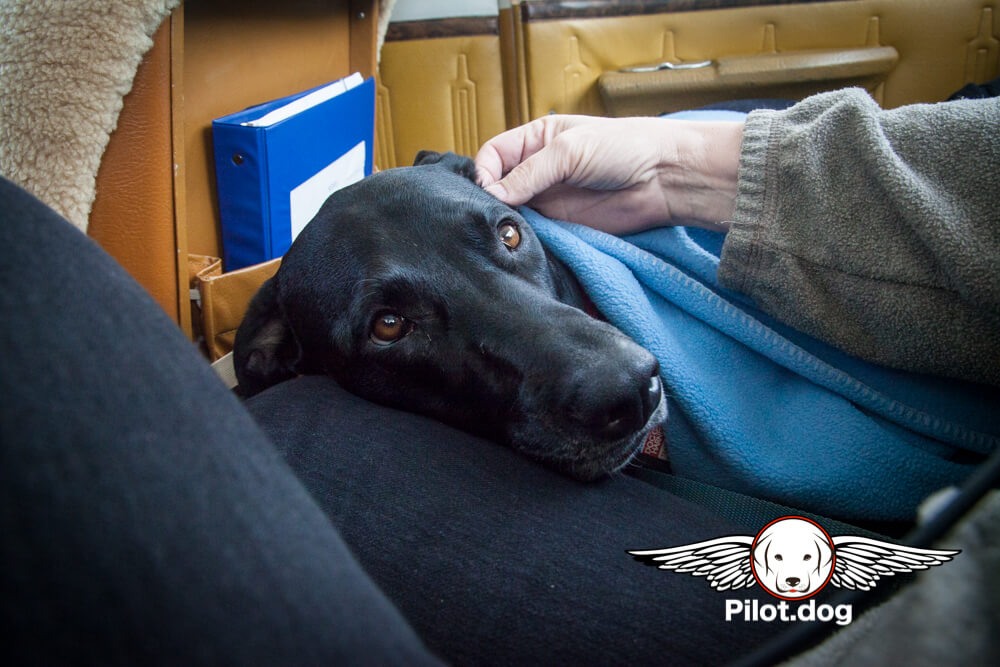 Jude gave us a call about a wonderful dog she had rescued within an hour of her scheduled to be put down. Jude said this dog, Layla, had a wonderful temperament and she needed help getting her from Chapel Hill, NC to Dayton, Ohio where she would be evaluated and trained to serve as a service dog for a military veteran with PTSD.

So here is the podcast of her flight with us and how she did along the way.

This flight would be the longest one we had flow. The trip was about three hours each way and going to Dayton we faced some pretty stiff headwinds over the mountains of West Virginia.

Typically we fly at about 170 MPH but at times our speed was down to 113 MPH with the winds we were flying into. The weather looked a bit dicey over those West Virginia mountains and Steve was prepared for some tough instrument flying through a lot of rain and clouds. Thankfully the rain turned out to be light and the clouds we did face were not bad.

It was a dark and early morning for us. We headed out for the airport before dawn and as we approached the airport a brilliant morning sky greeted us as if to say it was going to be a good day.

Layla greeted us with a wagging tail and cuddles. Jude was right, Layla was a special dog. Before long we prepared to depart the Chapel Hill, NC airport which is owned by the University of North Carolina, Chapel Hill. They let us land there to pickup Layla.

You’ll see in the video of her flight on the site that Layla was eager to fly with us. She jumped up in the plane and settled right in. Pam got Layla all secured and soon we were off.