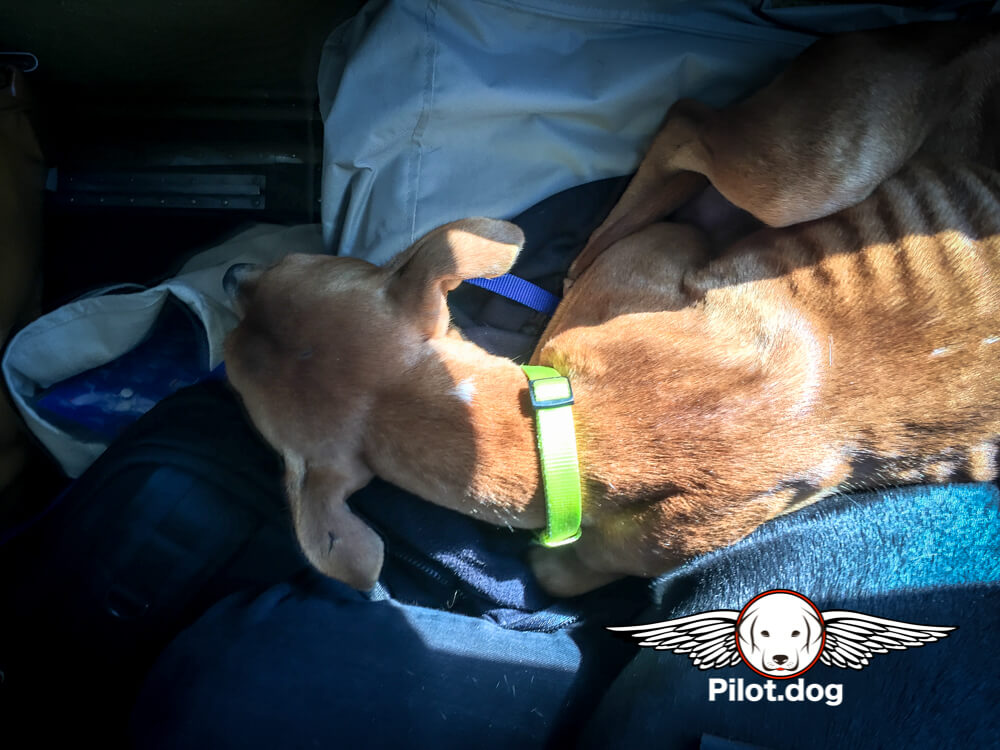 Fantastic news just arrived about Amber. She was an emaciated momma dog we flew to LaMancha Animal Rescue with her nine pups.

Immediately after giving birth, her owner in North Carolina surrendered her to a local shelter and landed her on the Code Red kill list but thanks to the SPCA Alliance of NC she was rescued.

When we met Amber she looked like one of those starving dogs you see in a television commercial.

You can read about her flight with us and watch the video, here.

Once Amber reached LaMancha they immediately began trying to help her gain weight. At the same time she was being a good mom and nursing her pups. 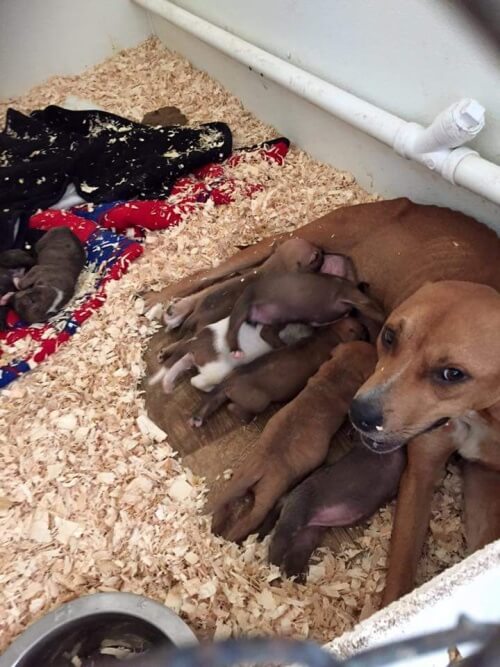 Well our friends at LaMancha just sent us a new photo showing Amber when she arrived and now with her weight gain. It looks like she’s adding some pounds and filling out nicely and that makes us all feel awesome.

A big pat on the back needs to go out to our wonderful supporters who helped make the flight to save Amber, possible. If you’d like to become a supporter and help us save dogs, please click here.

Andrea sent in some recent pictures on how the puppies and Amber are doing. The pups are getting big.

Watch the video of the puppies who are now old enough for adoption. Click here.

Three puppies were adopted yesterday. Off to new homes. 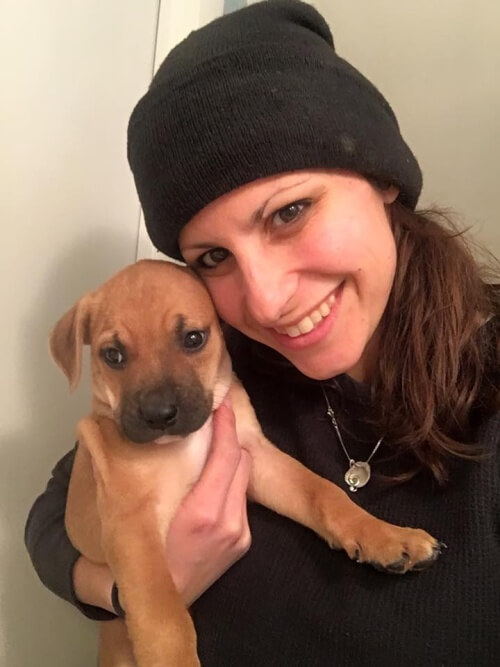 Look how big Amber is now. Thanks to the great people at LaMancha she has gained back a tremendous amount of weight and is ready to adopt. It is truly amazing to see her progress. 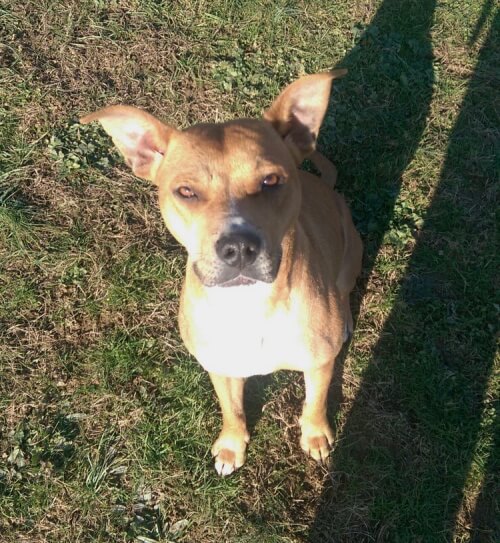