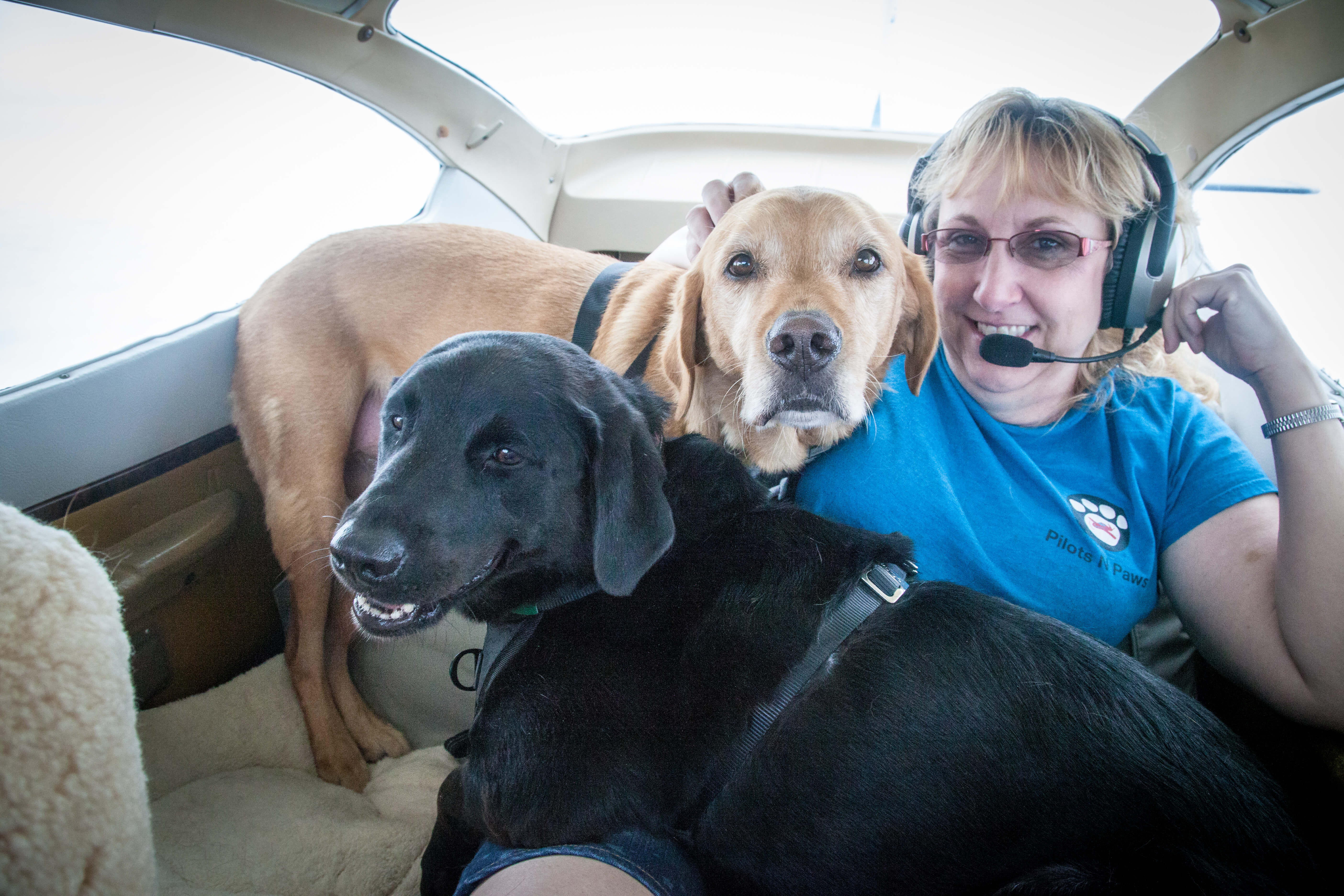 This mission was an emotionally tough one. But a big hat tip goes out to our patrons for helping to support us to save Tonto and Ranger.

Due to ongoing, overlapping deployments they are no longer able to keep the dogs they rescued as puppies.

Both dogs are 5yrs old and at their age, as owner surrenders, Tonto especially because people have a misconception that black dogs are evil, and Ranger don’t have a very good chance of making it out alive of a kill shelter. North Carolina has one of the highest number of kill shelters in the county.

Steph Tjosvold, of Midwest Animal Rescue & Services in St. Paul, Minnesota agreed to bring the dogs into the rescue but needed help getting them from Raleigh, NC to Minnesota.

Steph posted a request asking for help getting the dogs to Pennsylvania by Sept. 23rd where she had already retained a pilot to fly them from PA to Wisconsin.

From Wisconsin she had a flight set to bring them into MN. Where she had forever homes already for them each.

She asked, to please help her honor their service to our country by saving their beloved dogs.

How could we refuse!!