Danny was yet another special passenger. He had a hard life before being rescued. Certainly it was a sad story but it has a happy ending.

Danny was at the Granville Animal Shelter in April of 2015 but his owners came and got him. In May, Danny was hit by a car and was found on the side of the road with a laceration on his leg. He was taken again to the shelter. This time his owners didn’t want him or couldn’t afford to treat him and told the shelter to euthanize him. That’s when Granville County SPARE came in and took Danny, they paid for the surgery on his and found a foster family that took care of him while he recuperated. We did not meet the foster family but they deserve massive hugs.

Luckily Granville County SPARE (Shelter Partner for Adoption, Rescue & Education) stepped in and rescued him. Pam and I flew Danny to LaMancha Animal Rescue in Pennsylvania where he would be adopted.

You can read his full story here.

Dannny’s flight video is below.

Well word is just in that Danny was adopted yesterday. He is going to a new loving home. Here are some pictures of Danny and his new human pet that I “borrowed” from the LaMancha Animal Rescue site. 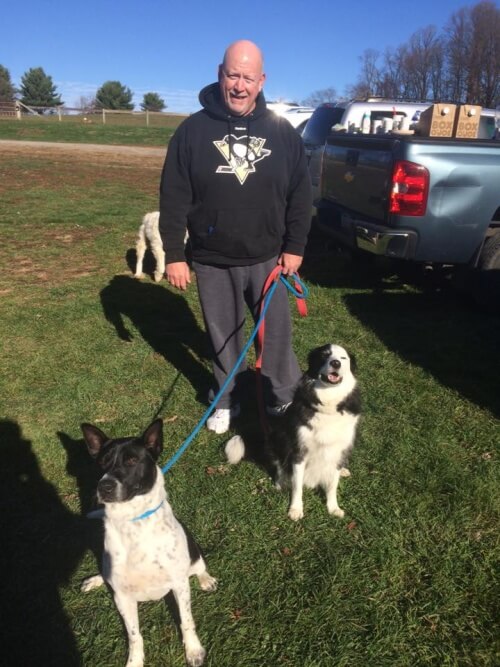 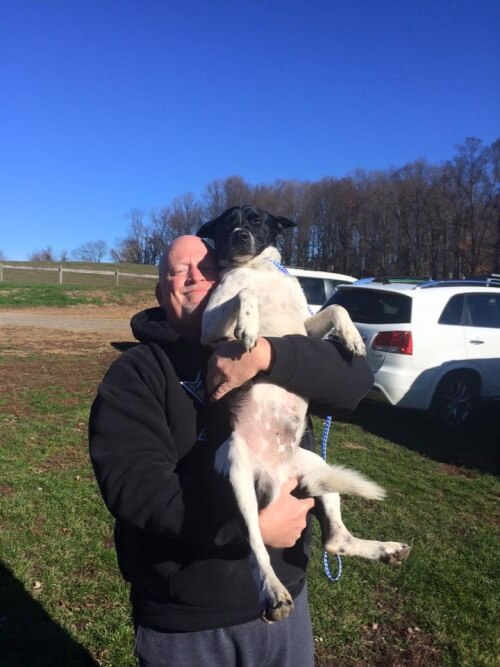 Have a great life Danny. We miss you buddy.