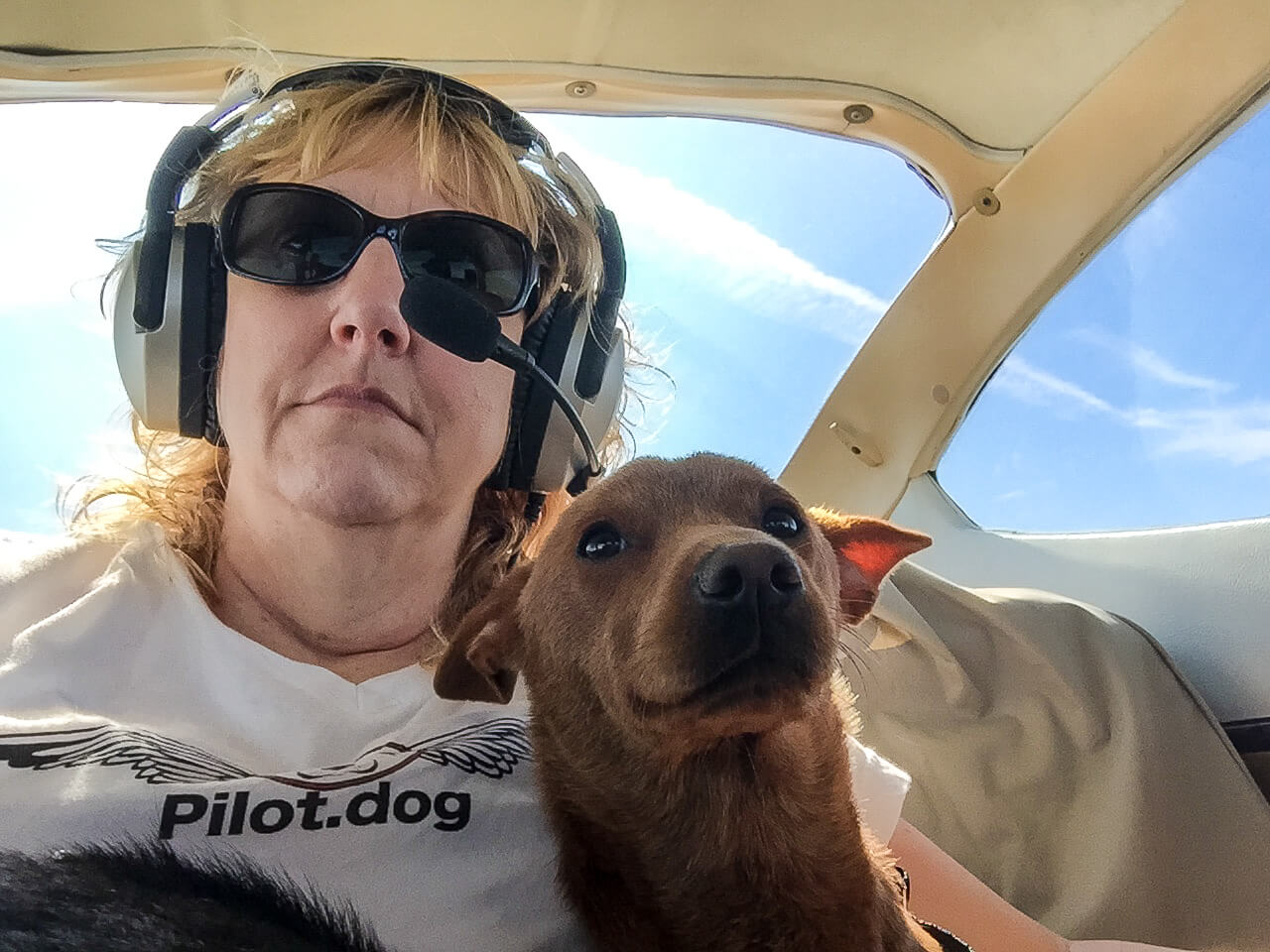 It takes a village to save a dog. So many play an important role.

Before you read the following post there are three points I want to make clear.

Recently I wrote about a disturbing conversation I had after getting a telephone call from Pilots N Paws. You can read the story here.

And people have been asking me if it bothers me that Pilots N Paws allowed our picture to be used without permission for the rescue of the year nomination and then edited out our name in our own picture.

Well I have to admit, that was kind of a crappy thing to do. And if Pilots N Paws didn’t do it directly, they were certainly well aware it was our picture and had been used without our permission and edited to remove the Pilot.dog name from it.

When the CW television network first had the nominations for “Best Rescue” we gave Pilots N Paws a pass for the use of our picture since it was for a mission we had flown and the rescue involved in Pennsylvania deserved the recognition. But after Pilots N Paws called and told us they needed to protect their brand and we could not fly dogs we found the requests for on Pilots N Paws if we didn’t give them total credit, and then allowing our identity to be removed from our own picture; that’s a new low in my book.

But here is what Pilots N Paws is telling people for this award. 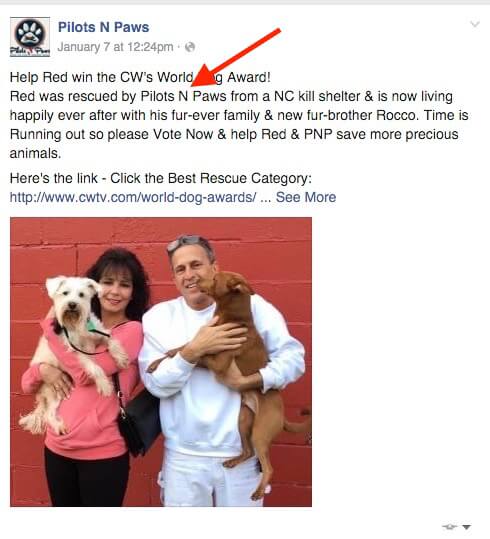 I will agree that Pilots N Paws played an important role in the rescue of Red by hosting a free forum. In their own words, “Pilots N Paws is only a meeting place for rescue flights.” For that I give them a hat tip and kudos.

Pilots and Paws was the free forum the parties met on and coordinated the trip. But Pilots N Paws was not the rescue on each end, the foster, the shelter, the adopter, or the pilots. Pilot.dog did the flight. You can read about the flight and watch the flight video, here.

But saving Red was a team effort that involved nobody from Pilots N Paws; just the use of their free open source software as a place for the actual people involved to communicate.

As far as I’m aware Pilots N Paws did not provide any financial support to any of the parties involved in Red’s rescue. They could not even offer a charitable donation letter for all the money everyone spent to save Red because Pilots N Paws says they are not a rescue and “rescue flights are the responsibility of the sending and receiving parties and pilots.”

In my book the real heroes here were Linda Stronza who coordinated the entire transfer, Pamela Knichel and Christine Farrell of Pet Match Rescue, Rachel and Dane who met us at the airport to pickup the dogs, James and Marie who volunteered to bring the dogs from the Fayetteville, NC shelter to Harnett Regional Jetport for us to board on the plane and fly to a new life, and most importantly Lori and Michael should be acknowledged for adopting Red. It was a team effort. It wasn’t a Pilots N Paws effort and Red wasn’t even the only dog on that flight.

And then Pilots N Paws didn’t even have the courtesy to give us credit for our role and claimed the credit themselves.

Here is Where it Gets Really Dark

Somehow along the way in this award process, our own picture, the one I took, was edited to remove our identity for the Pilots N Paws nominated award.

Here is our original picture from that flight.

Here is how it used to look before we got the call that Pilots N Paws needed to protect their brand.

Look, don’t get me wrong, as a greater community we all work as cogs in a big wheel to save dogs. The miracle of what we do is the silent and dedicated cooperation that goes on day after day.

And frankly, I’m pissed Pilots N Paws makes us all agree they do not rescue animals and wants all the credit for the diligent hard work of the many rescues and pilots who are the ones actually investing time and significant money to save these dogs.

Pilots N Paws makes a forum available for people to use and communicate but to claim supreme credit for the work of others and hide the truth or play a silent role in editing it out, well, that’s just nasty in my book.

Watch how Pilots N Paws describes our dog rescue flight at the World Dog Awards even though they acknowledge Pet Match Rescue who we flew the dogs for.

P.S. Just before this all happened we had even gone above and beyond and praised Pilots N Paws in a television interview we did for a flight that wasn’t even listed on their forum.