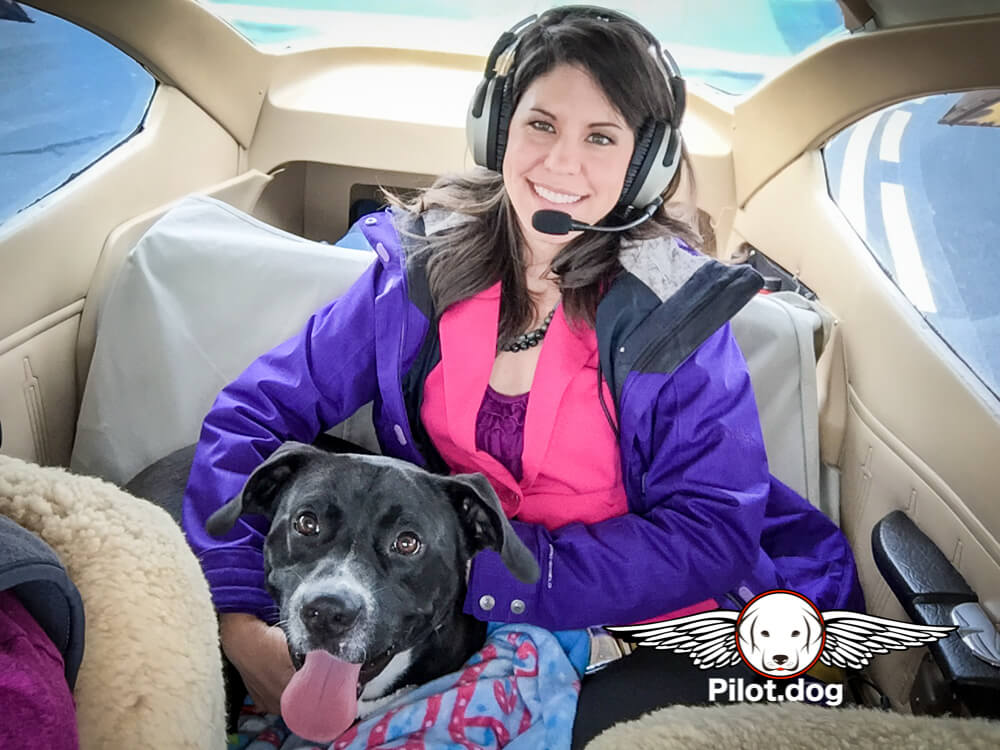 Mission – Bentley Goes to the Coast

Bentley was a 2-year-old lab-retriever mix who was surrendered by his owner because he had become too strong for her to handle.

Bentley is two-years-old and weighs about 60 pounds. The Lab/Retriever mix dog was surrendered by his owner who could no longer take care of him. Bentley is a very strong dog, yet sweet as can be. Bentley kept getting out and running around the neighborhood. At two-years-old Bentley had not been neutered yet was looking for a female. The SPCA had him neutered and more than likely Bentley will start to calm down and not go out looking for some action! 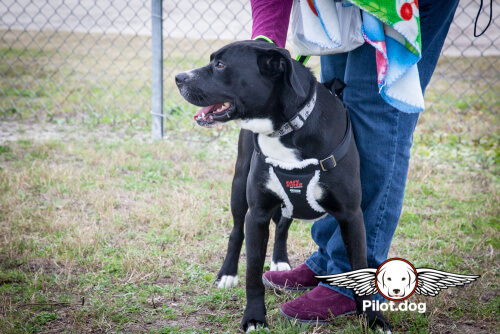 It is so important to have your animals neutered and chipped! In male dogs, neutering will help keep them from trying to get out of the yard and for females it stops unwanted pregnancies.

The SPCA in your local area can help you find an affordable vet for the procedure or let you know about low cost clinics that can help. Having an identification chip placed in your pet will help in contacting you if your pet is ever lost or stolen. It’s a process that can be completed when they are in for neutering. Many SPCA or Humane Society groups have clinics where you can take your pet and for as little as $20 have the chip implanted. It’s not much different than an injection. Most pets don’t even notice it being done.

Peggy Harrell at the SPCA, Alliance of NC in Tarboro, NC sent a message to her pilot friends asking if anyone could help getting him to Media, PA, ASAP. She rescued Bentley and he needed to get to a new and loving home for he was such a sweet boy.

Robin Manley formerly of Finding Great Homes Rescue called us to see if we could pickup Bentley in Rocky Mount, North Carolina and fly him to the North Carolina Coast where Robin was vacationing. Even on vacations, rescuing a dog is never an imposition. Robin would foster Bentley for a day or so until pilot, Mark Matte would fly Bentley to Carol Middleton of TheRescueExpress.org. Carol had a foster who will take care of Bentley until they can find him a forever home.

In the dog rescue world everyone gets to know everyone and many times other rescues help each other out as they did in this situation.

Tara Lynn from WRAL joined on the flight as our volunteer. Tara has plenty experience with rescue dogs for she volunteers at the SPCA of Wake County. Tara and her husband also have two rescue dogs of their own. She’s also an accomplished pet photographer. You can look at her many great pictures at In Between the Blinks. 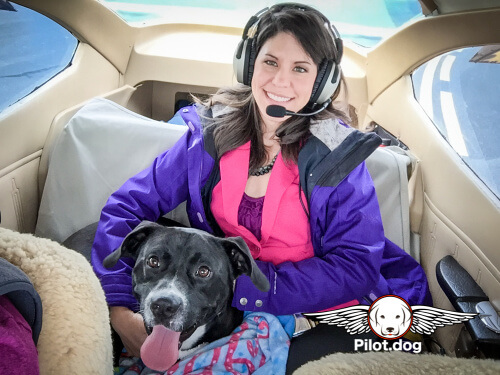 In Rocky Mount we met Kendall who is a volunteer for the SPCA and brought Bentley to us. Bentley was very scared and would not get out of the van. Everyone tried to coax him out of the van but he wasn’t having any part of it. Pam sat with him awhile to reassure him that he was okay. After putting on his inflight harness Pam carried Bentley to the plane and got him seated. He was scared at first but he was a very gentle dog and appreciated any love and affection he could get. 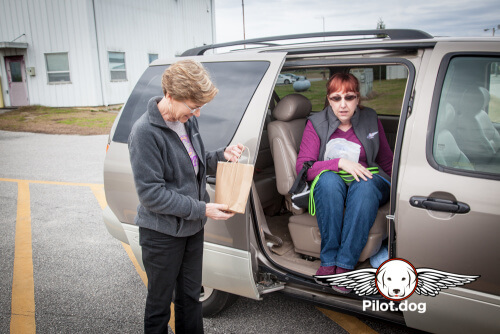 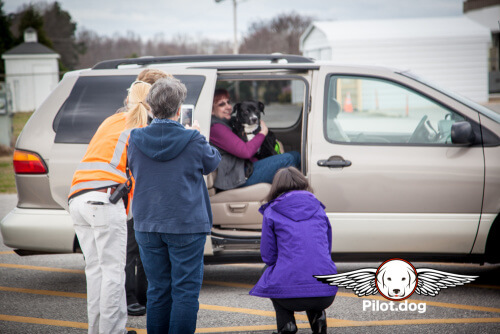 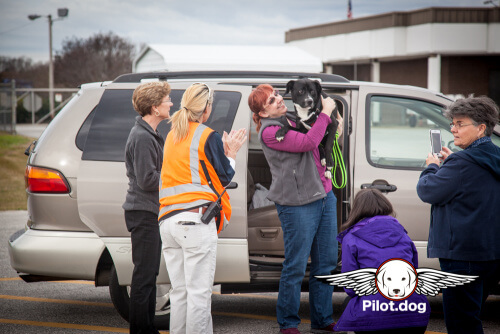 Kendall had really become attached to Bentley and she said she and Bentley’s owner had cried and cried over this decision to surrender him but it was better for Bentley in the long run. He needed a place to run and play. It was all very sad but best for Bentley.

Our flight to Cape Fear Airport on Oak Island (KSUT) from Rocky Mount took just over an hour. During the flight, Tara sat in the back and made sure Bentley was comfortable and happy. 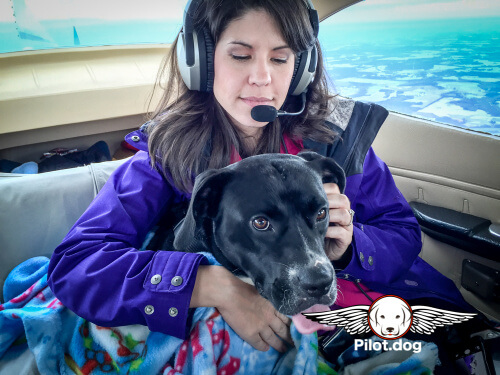 Bentley was a very curious passenger so he mostly sat and looked around for the short flight. When we arrived at Oak Island we had time to walk around with Bentley before Robin and Mark arrived. He was such a happy boy. Sniffing all of the new vegetation at the airport.

While Tara interviewed Mark and Robin, Pam said her goodbyes to Bentley. What a wonderful boy he was and he’s going to make someone an awesome pet.

Robin sent pictures of Mark and Bentley playing in the park. Bentley and Mark really seemed to bond and that was great for they were flying on a big adventure the next day. A flight where Bentley was to find his forever home! 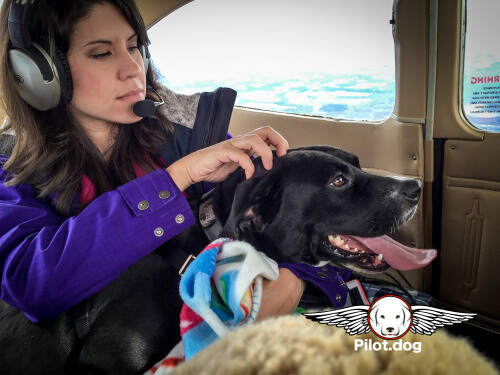 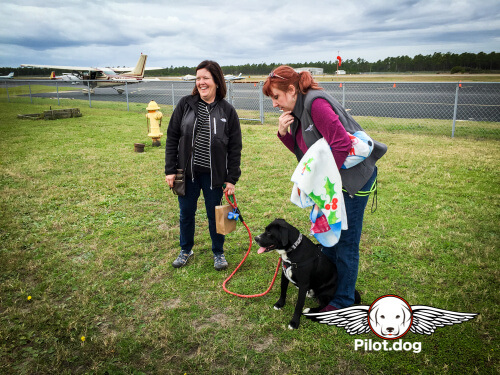 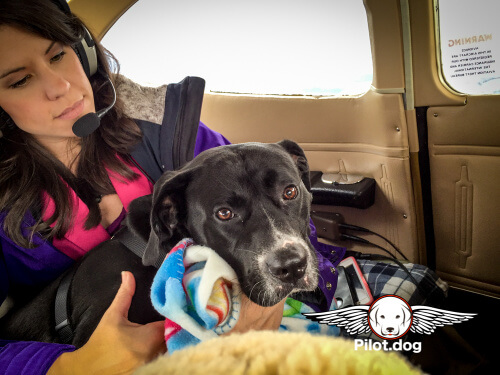 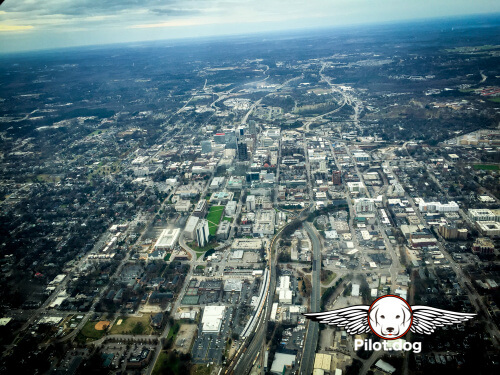 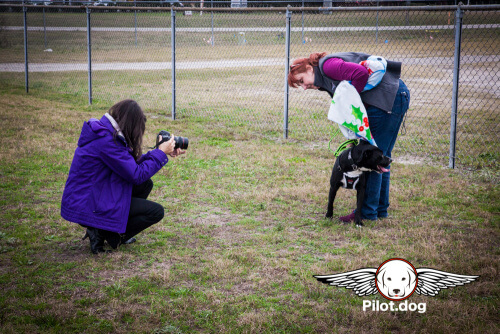 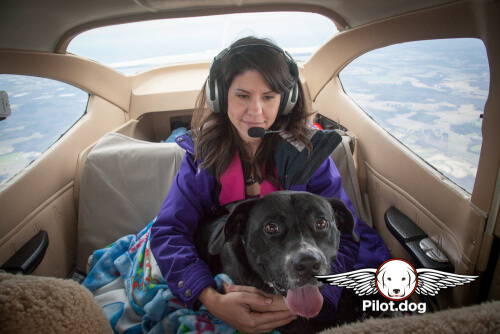 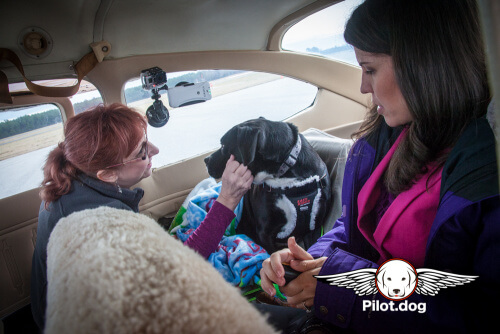 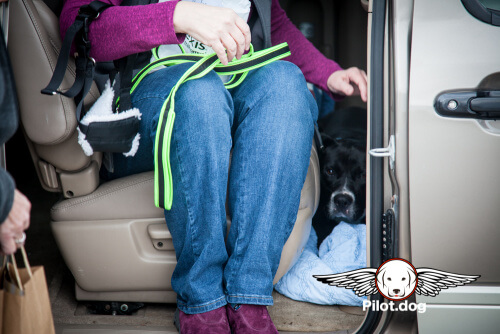