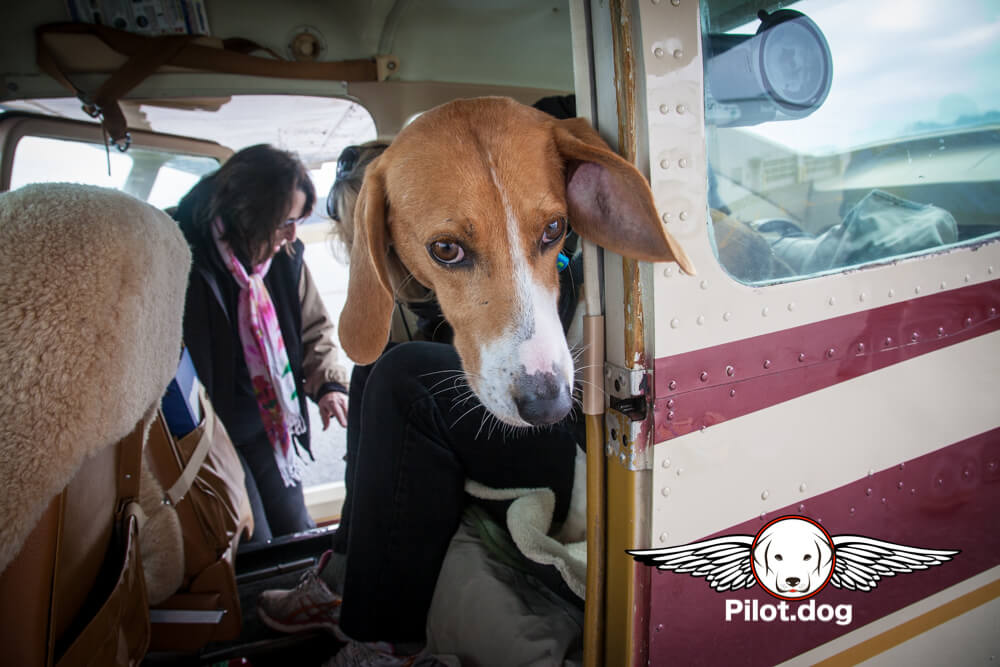 Nearly every single day in America a volunteer pilot is helping someone in some way to do good things. These volunteer pilots serve in a number of capacities, from flying patients to much needed medical care, to flying dogs from certain death in kill shelters or from animal rescues.

As a matter of fact, you can even check on planes in the air right now on these types of humanitarian missions. Just click here or here.

A comprehensive list of different types of organizations that rely on volunteer pilots to carry out these missions, can be found by visiting Volunteer Pilots Network. VPN is the effort of a pilot, who also happens to be an accomplished dog rescue pilot in his own right. Some other sites that hosts a list of volunteer organizations to fly for is the Air Care Alliance and Air Charity Network.

If you are a pilot and you would enjoy a good reason to fly to do good and also obtain a charitable deduction for your humanitarian flight, that’s another great reason to contact one of the many groups and offer your services.

Brad Childs from the nonprofit group Pittsburgh Aviation Animal Rescue Team (PAART) said, “In my humble opinion, and as a pilot, the most rewarding part of what we do is to see a dog that has never had a hug, or never been pet, or shown any sort of affection…curl up in your lap hoping that you never let go. That is the magic! And that is why all pilots who fly should consider joining a group locally or forming their own group locally to spread that love.”

While PAART is a larger and growing organization, other pilots do what they can with their own organizations. Paul Steklenski from Flying Fur Animal Rescue did a great job talking about the impact and benefits of flying to rescue dogs. Paul said, “Every animal saved affects multiple people over, from the rescuers, to the transporters, fosters, and end adopters. In essence, the effect is much further reaching than saving just “one dog”. I may be just one guy that rents aircraft and flies rescue animals, but the difference it makes to that animal and the people involved is true and real. You won’t change the world by saving that one dog, but you will change the world for that dog and those around it.”

Yehuda Netanel with the California based Wings of Rescue expressed why his group loves to fly dogs that need to be relocated for better lives. He said, “Within a few hours doing what we pilots love to do, we can take dogs destined to death row to their bright future tomorrow!”

Clark Burgard from Animal Rescue Flights summed it up best when he said that the volunteer pilots who fly with his group get a big reward. Clark said, “Saving lives by flying missions is probably the most important way to put piloting skills to work. In addition to being a great and meaningful reason to fly, animal rescue pilots work together with others who share the same skills and compassion.”

Being a pilot who engages in public benefit flying, like rescuing dogs, also expands your capabilities as a pilot. Chris Roy, a pilot and the founder of the volunteer transport group Doobert.com, said, “When I got into animal rescue, I had no idea how much it would fulfill my aviation desires as well.” He added, “Having a purpose and knowing that people and animals are depending on me has bolstered my confidence about flying and allowed me to expand my skills and experience.”

Jim Carney is a volunteer pilot who has been flying dog rescue missions for years. Jim has had a wonderful experience in doing this. He said, “It’s a good reason to fly,” and he is absolutely right. I also asked Jim if he had any advice for new pilots who were considering flying as a dog rescue pilot. Jim said he’s not had any problems over the years but securing them in the plane is a good idea. Who can’t agree with that!

Mike Young has also been an active pilot with many successful rescues under his belt. He’s also posited quite a number of rescue photos online, which you can see here.

Other pilots have run into hurdles to cross and their advice is good for anyone considering becoming a volunteer dog rescue pilot. While Jim has been flying for many years without any issues, others have had some pretty severe engagements with game wardens, law enforcement, and government agencies. Just doing a good thing is not a great defense when you find yourself accidentally violating one or more of the many laws that may regulate the transport of dogs.

But the problems are not insurmountable as Brad Childs of PAART offered this advice to new pilots, “Knowing the state laws, keeping in touch with the dog warden, working with the USDA, working with the FAA and the IRS is important. Lots of people want to tell us how to do this, and at the end of the day it is not because they want to be a pain in the neck to work with, it is for the safety of the pilots and animals.”

Paul Steklenski from Flying Fur Animal Rescue expressed the complexity of doing good things and satisfying the myriad numbers of regulators looking over the shoulders of dog pilots. Paul said that before you launch into flying, volunteer pilots should “Research and know what you are doing, and who are doing it for; satisfying the IRS and the FAA are two completely different things. Be thorough and honest in what you do – if you make a mistake and no one notices, learn from it and try not to do it again. Stay humble, and remember that no good deed goes unpunished.”

One of the big issues that all volunteer dog pilots must deal with these days is making sure you have the proper documentation before loading a dog into your plane to cross state lines. Clark from Animal Rescue Flights mentioned a point that many of the other pilots felt was important. Clark said, “Current health certificates are a must to comply with interstate transport laws and to protect the pilot, family, and pets from contagious diseases.”

But being a pilot who plays a role in rescuing dogs can also be a fantastic reason to share flying with friends and family as both Jim and Chris mentioned. Chis took it one step further when he said, “Bring a friend, colleague or someone interested in aviation or animals.” It’s a great way to enjoy flying, saving the life of a dog in need, and having fun, all at the same time.