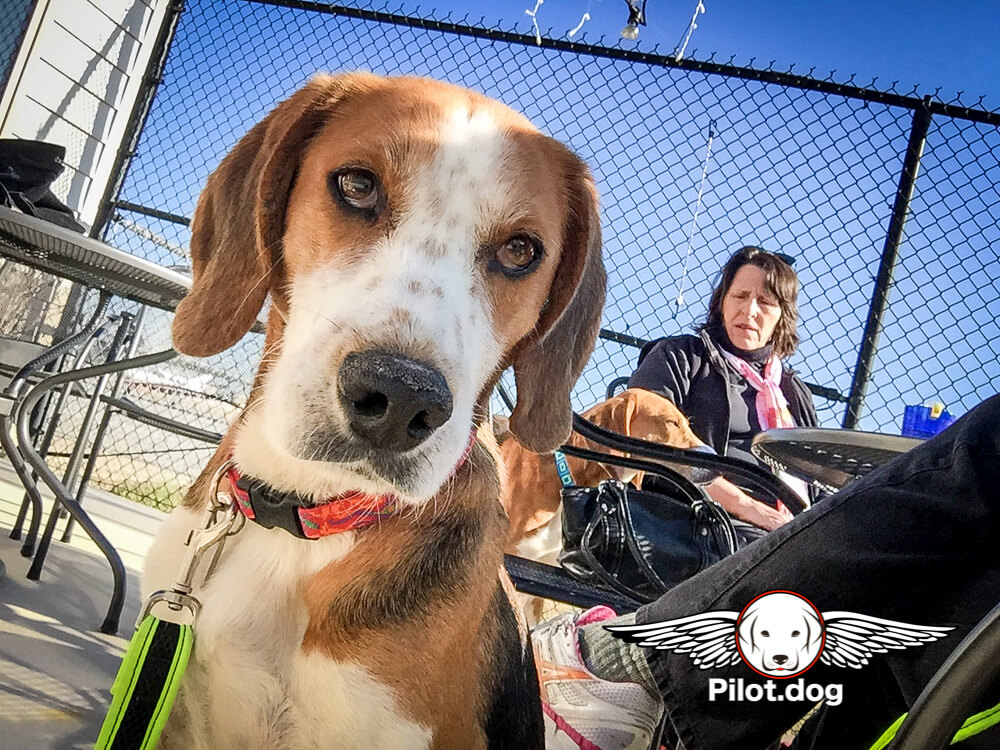 Mission – To fly these two amazing hound dogs to new lives in a better place.

The flight for Big Mac and Willow was memorable for sure. It was the first time we had a volunteer with us on the plane and it was a wonderful experience.

Peggy Harrell from SPCA Alliance of NC contacted us about transporting two dogs from Rocky Mount, North Carolina to North Adams, Massachusetts. Both were hounds and weighed approximately 50 lbs.

Mac had recently had one of his hind legs amputated due to a shattered knee. But was doing really well per the Vet.

We later found out that Mac had been found limping on the side of the road, was picked up and taken to a shelter.

A specialist was contacted and since his knee had been shattered there was no way to fix it so they had to amputate it. Since Mac had been limping for a while it was decided to remove the entire leg since he was not using it.

Mac’s owner was contacted before the surgery but could not afford it since he had just lost his job. So the SPCA paid for the surgery and brought Big Mac back to health.

Willow was found near death, so weak she could not lift her head. Peggy from the SPCA said, “Poor Willow had just about lost hope in the shelter. When we got her to the vet, we found she had hookworms, ring worms, was dehydrated and starving. She had run away from home a couple of months before being picked up wandering the streets, scared out of her mind. She’s all healed up and gained 16 pounds.”

While donations were being requested to pay for Willow’s care, Willow’s owner found out and wanted his dog back. He came to see Peggy, Willow was afraid of him and wouldn’t even wag her tail when he called her name. This told Peggy everything she needed to know. By this time Willow was legally hers but she wanted to be fair with the man. She told him how much it cost for Willow’s treatment and the man did not want to pay for the care so at that point the man shook Peggy’s hand and told her she could keep her. He also told her that Willow had had 4 litters.

If you’d like to see their flight video or a lot of photos from the flight, click here.