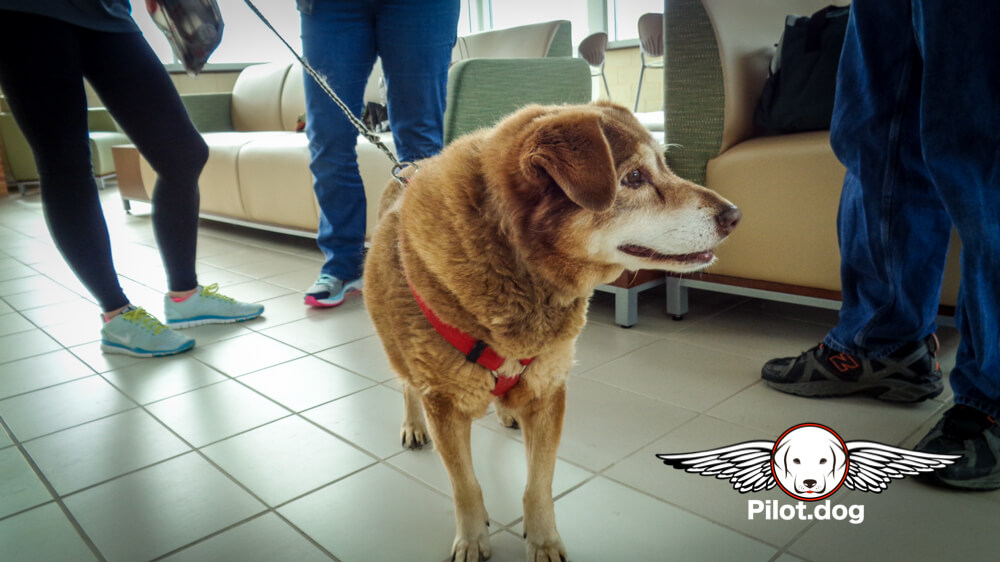 Brownie is a 14-year-old dog who was no longer wanted by her family. She was going to be dropped off at a local pound and the family was going to go get a younger dog. Brownie was rescued to go live out her final time in a loving rescue.

Sending Rescue Sally, a neighbor who was concerned for Brownie’s welfare.

Handoff Point: Georgetown, DE – Scott whom we flew Mac and Willow with.

Kathy contacted Pam regrading a dog that needed to get out of a bad situation in Fredericksburg, Virginia. Sally, a woman who had adopted two dogs from Kathy in the past contacted her about a dog that a neighbor had and didn’t want anymore.

Brownie’s owner kept her outside in all kinds of weather and didn’t give her any attention. She kept trying to dig her way out of her pen she just wasn’t a happy pup. Brownie is a 14 year old Lab mix and only has a few good years left. Sally approached Brownie’s owner and he said they were thinking about taking her to the pound because they wanted to get another dog. This time a smaller, inside dog, one that his wife would like.

Sally took Brownie to the vet and had her checked out and gave her flea medication so she was ready for the flight. Unfortunately, Brownie had to stay with her owner until a flight could be arranged. The morning of the flight Sally went to pick Brownie up and her owner bent down to tell Brownie how she was a good girl and she just kept licking his face.

On this flight we were joined by our inflight volunteer, Daryl Cash. Daryl is an fire department chief with a local and growing fire department. He says we should expect to see more of him on future missions.

We left Raleigh, North Carolina about 9:15 am and arrived to pick Brownie up from Sally at Stafford Regional Airport in Fredericksburg, Virginia at 10:30. Brownie is such a sweet dog with loving and trusting eyes. I can’t believe someone would just give her up because she was getting old. Sally bought Brownie new leashes, a collar, and even gave her a comforter for her to sleep on. Brownie was so scared, her legs just shook and shook. I felt so bad for her. I can only imagine what she was thinking, “who are these people and where are they taking me?” Thank you Sally for caring enough get this poor baby to a better life.

We loaded Brownie up to fly to Georgetown, Delaware to meet meet Scott, the next pilot. She was such a good passenger. We put her headset on her that one of our loyal and lovely couple gave to us, Amanda and Travis. Thank you Amanda and Travis, the dogs love not having to hear the roar of the plane engine. They wear them proudly. The entire way Brownie just sat next to Pam and looked out the window. If you notice Pam giving her something to eat, it’s a ginger cookie. If the dog looks like they might not be feeling well, she’ll give them a piece of cookie and the ginger helps settle their stomach. She really seemed to enjoy the ride.

We arrived in Georgetown, Delaware around 11:35 am and Scott was waiting for us. Scott had his little co-pilot with him, Alex. He was adorable, cute curly hair and just a sweetheart! After Daryl walked Brownie and we gave her a little water she was ready for her final leg to Kathy Hynes in Massachusetts. Kathy has a rescue but she knows that older dogs are hard to place so she has agreed to keep Brownie as her own and give her a wonderful and loving home for the rest of her life! Thank you Kathy, the world needs more people like you.

Scott, Alex and Brownie took off around noon and headed for their 2 hour journey north. After waving goodbye, Daryl, Pam and I went into the airport for lunch where they have the friendliest crew and a great little restaurant before heading back on our 2 hour flight to Raleigh, North Carolina.

The flight on the way home was uneventful, except that I couldn’t get the plane started at first but the issue was quickly resolved and a new starter for the plane is in our near future. After we left the ground it was a smooth ride home but a little damp outside at times. It was a relatively short day as far as rescues go but that’s always a bonus! 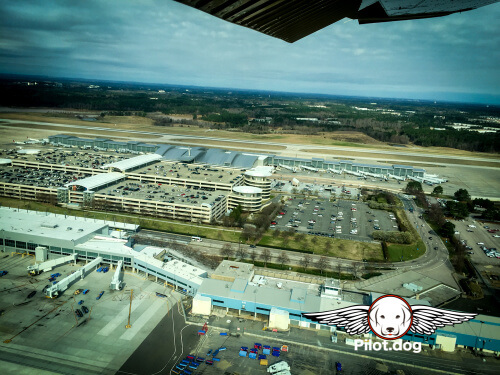 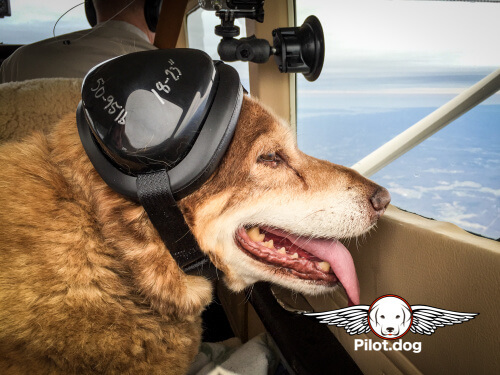 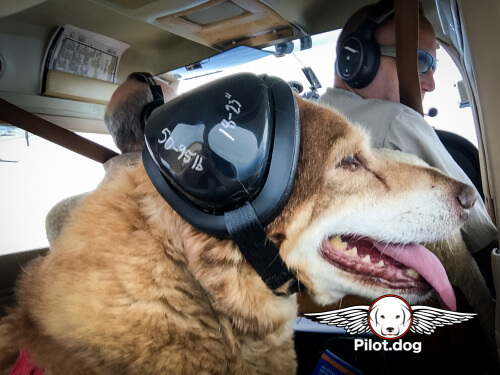 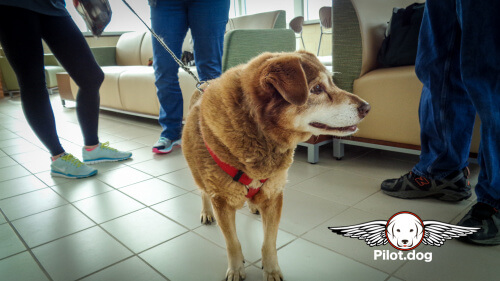 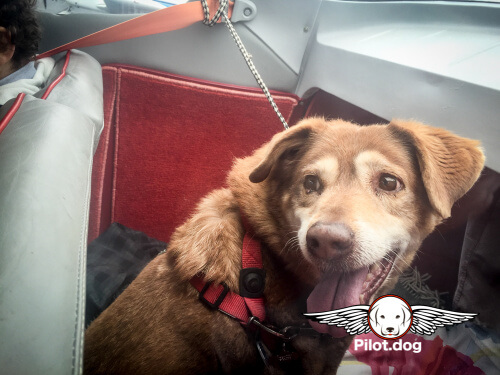 1 thought on “Saving Brownie for a Peaceful End of Life”