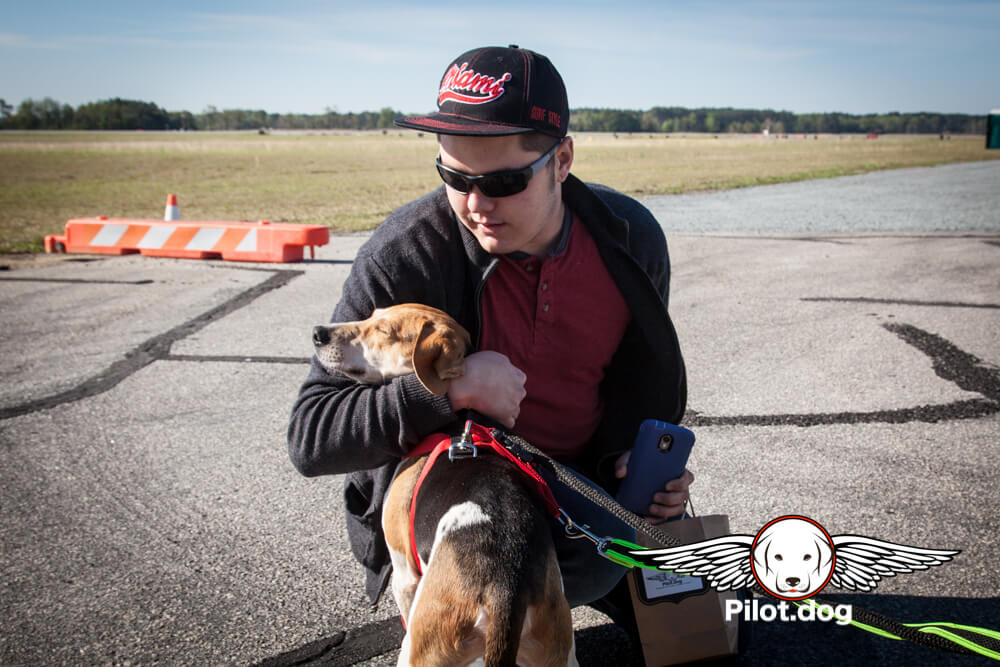 Boscoe is a 2-year-old, 30 lbs. Beagle, who was found in a shelter in Whitesville, North Carolina. We’re not sure how he got there. But it’s a miracle he’s still alive. Boscoe had heartworms so bad they weren’t sure he would survive the treatment.

Boscoe’s foster mom, Amber, fought hard for him and the treatment was a success. It took 6 months for Boscoe to get healthy enough to travel to Pet Match for adoption. Fosters Amber and Corey gave him all the love and care to get him through the rough medical treatments.

Pam Knichel and Christine Farrell of Pet Match Rescue, outside Pittsburgh, Pennsylvania found Boscue at the North Carolina shelter and then found Amber and Corey to foster him. Working together they saved this beautiful dog.

Pam contacted us about bringing Boscoe up to them in Latrobe, Pennsylvania. We finally arranged a day, so we flew to Lumberton, North Carolina to pick up Boscoe.

Corey brought him to us at the airport and you could tell he was well loved. It was really hard for Corey and Amber to give up Boscoe, he’s such a good dog but they already had two other fosters and two dogs of their own. Corey gave Boscoe a big hug and a kiss when they said goodbye. It was a touching moment. 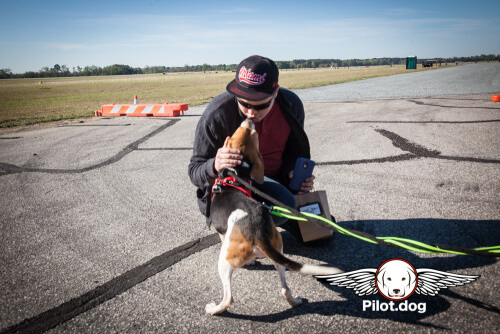 We loaded up Boscoe in the back with Pam and while we were getting ready for take off Boscoe kept looking around for Corey, like, where did he go? It was sad he wasn’t sure why he was going without him.

After we were up in the air, Boscoe settled on Pam’s lap and snuggled with her. He liked being under the blanket and at times he’d put his head in Pam’s jacket so you couldn’t see him at all. He was such a sweet boy. He’s had a hard life so far and he’s lost his “puppyness” but he’s adorable. 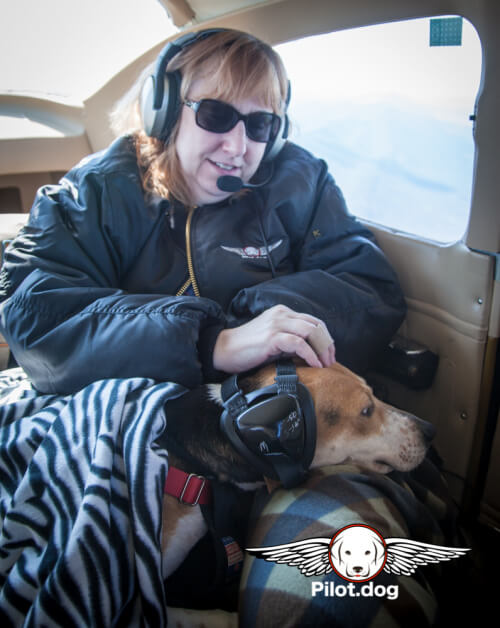 We landed in Latrobe, Pennsylvania and finally got to meet Pam Knichel in person. It’s so great to finally put a face to someone you’ve gotten to know but have never personally met. The crew and staff at Vee Neal Aviation are always so nice and helpful we look forward to flying there. 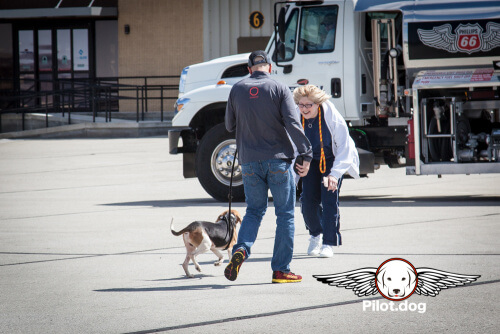 We said our goodbyes to Pam and Boscoe. Wished Boscoe a wonderful and happy life and off we went to get something to eat before flying back to home airport in Raleigh, North Carolina. It was a long day but so happy we could be a part of taking Boscoe to his chance at a wonderful life. 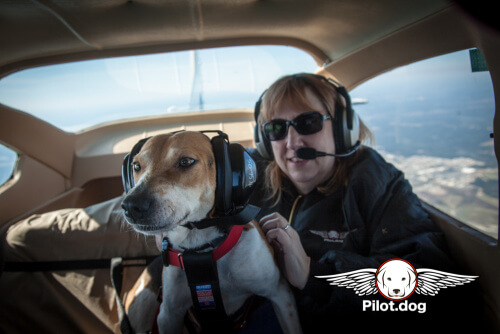 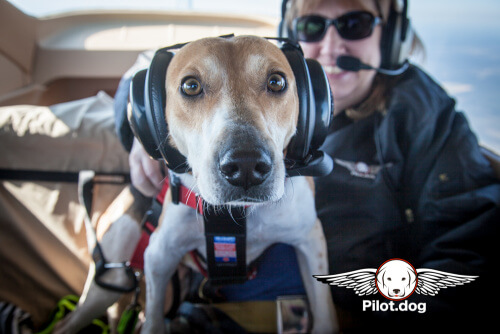 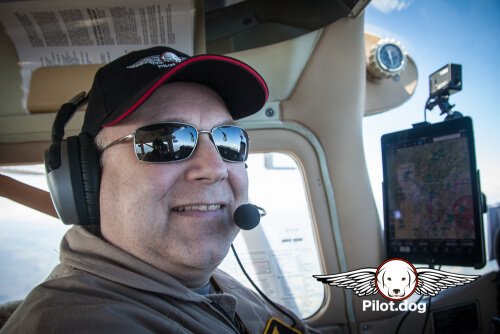 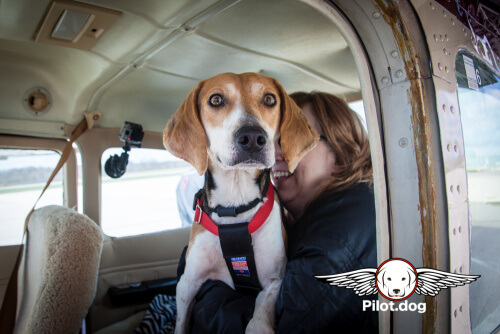 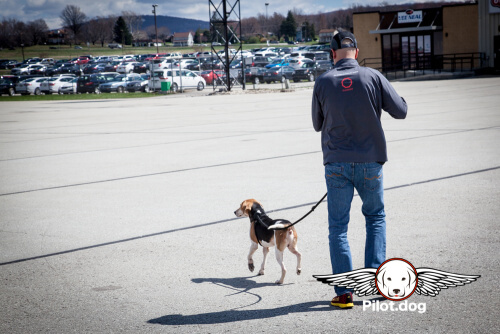 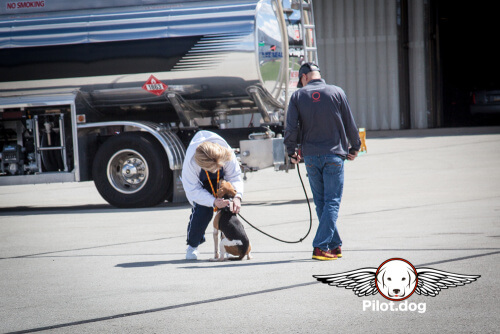 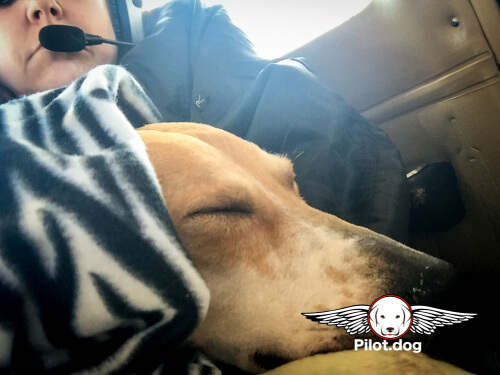