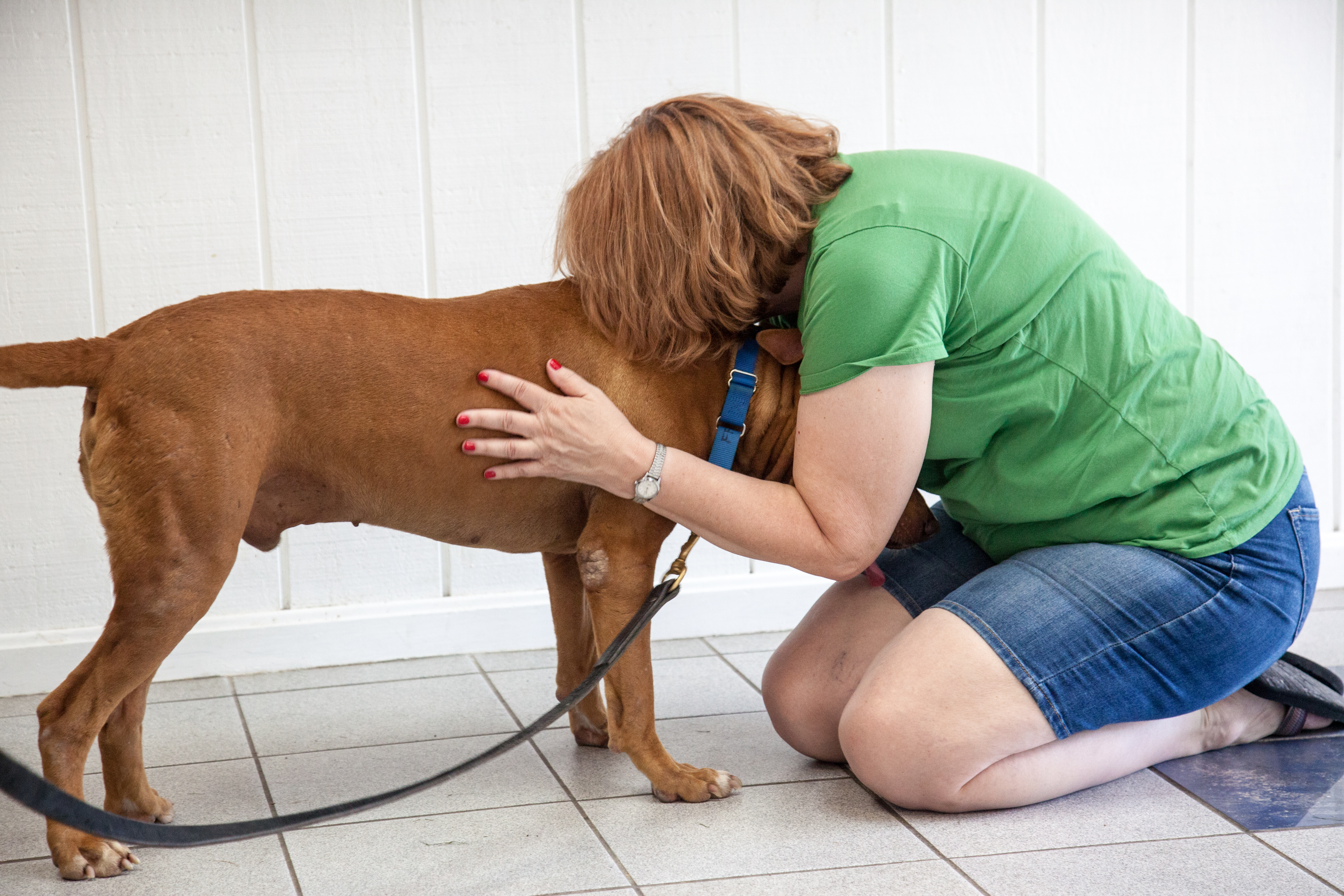 Please meet Gus. He’s looking for a furever home and a great new place to love and live. He’s ready for adoption now.

I first met Gus on a beautiful Sunday afternoon in early April. From the moment I first saw him, I was in love. His eyes are so soulful and knowing, he is just a big teddy bear who had so many scars on him and a bad skin infection. I couldn’t tell if the scars were from him having a hard life or from scratching his skin so much. All I knew was I had to save him.

Gus was rescued from a high kill shelter in Rocky Mount, North Carolina. We don’t know anything about his background and he’s been with some bad fosters. He’s currently being lovingly cared for at Kennel outside Winchester, Virginia and they all adore Gus. 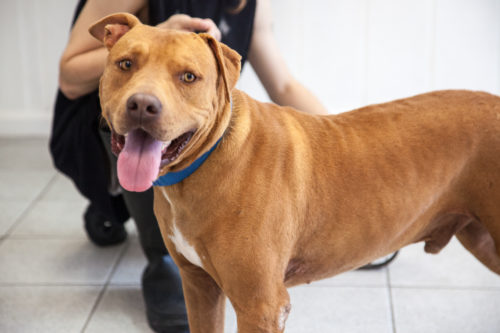 His skin allergy is now under control and his coat looks amazing. He’s been to see a dog behavioralist and she confirmed he’s a real people pleaser. As far as being with other animals he does great some but not with others. Its hard to tell, she says, in a kennel environment for not all. He’s tested well with trainers but due to his size, strength and uncertainty with other animals its not advised that he is in a home with animals or children under 15. There are just too many unknown factors.

Gus loves to be petted, played with and to have his tummy rubbed. The first time my husband, Steve met Gus, Gus went running up to him and acted as if they were long lost friends. He then laid down so that Steve could rub his tummy. That’s almost always the first thing he does when he meets new people. He wants them to rub his tummy. 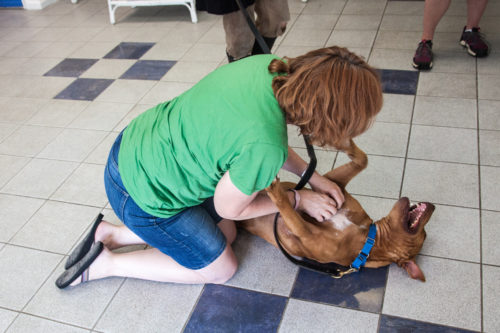 Gus would be such a good addition to any person’s life. He’s always happy and will snuggle up next to you on the couch while watching TV. He’d also scare the heck out of anyone trying to break into your home. He may lick them to death if they got in but if they saw him first they’d think twice before trying to break in.

With love and training Gus would make the best family member ever! If you would like to adopt Gus please contact me, Pam Rhode, at [email protected] 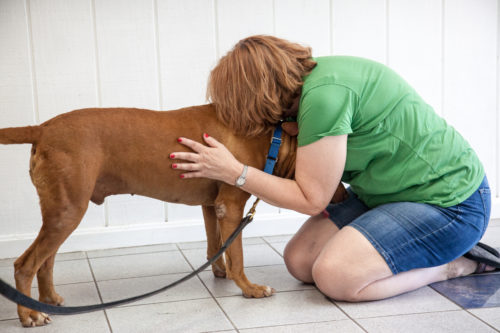