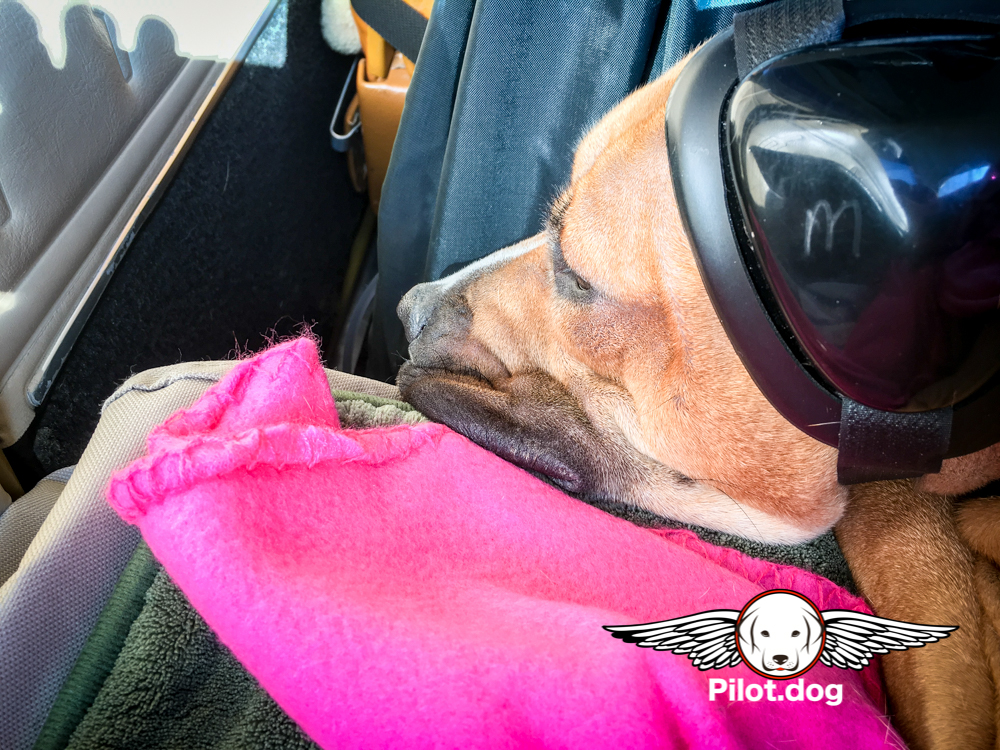 Rosetta is a 1 year Pit mix and Mikey a lab/hound mix who came from the Vance County, Henderson, NC shelter where Ruin Creek Animal Protection Society managed to find a rescue for them at Tara’s House.

There are days where 10 or more new dogs show up.  Any dog that is classified as a “pit” by the shelter staff can only be rescued by a 501(c)(3) rescue and taken out of the state of NC.  There are no adoptions of “pit” breed dogs into the state from the shelter.  So it is vital that pit mix dogs continuously get rescued.  Tara’s House has been taking pit mix dogs, as well as other breeds, from Vance County since 2013.

Many, many of the dogs that come into the Vance shelter are heartworm positive which makes another huge obstacle for a rescue.  The Vance County shelter only provides basic vaccines, and unlike other shelters, does not spay or neuter the animals.  So any rescue pulling from Vance has to have the resources to spay and neuter the dogs after their arrival to the rescue, as well as do any heartworm treatment/foster.

The Vance County Shelter allegedly euthanizes using less expensive HEART STICK method.  It’s not a humane method unless the dog is first sedated.  It’s horrible to kill an animal that way.  Many vets in the area can’t believe it’s used.  While North Carolina finally banned gassing animals, they need to stop this method as well.  It’s used because obviously it’s cheap. It’s not euthanasia – it’s not a merciful method.

Michelle, a volunteer with Ruin Creek Animal Protection Society coordinates with rescues and works so hard to help the animals. She is the coordinator for Rosetta and Mikey.

ROSETTA who is a spayed female pit mix arrived at the shelter with five other dogs, Iridessa, Vidia, Bobble, Clank and Terence.  The dogs were kept on evidence hold from 7/2/16 until the hold was lifted at the end of October/Early November.  All six dogs were abandoned in/at a home for five plus days without food and water. Can you imagine being locked in a dark house without food, water and love? 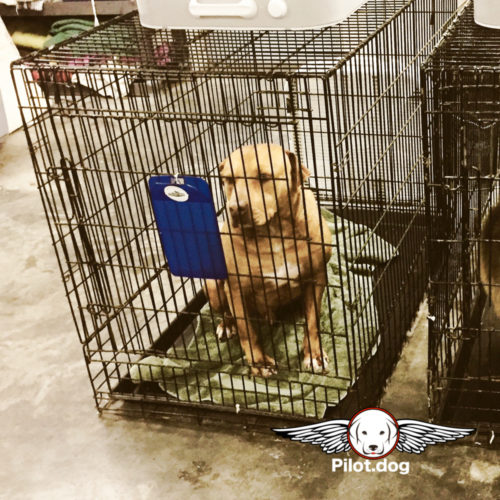 In early November, for the first time, the volunteers were allowed to interact with any of the six dogs – because until the dogs came off the evidence hold only Animal Control staff could interact with them.  All of the dogs were super sweet and just craving love and attention.

Rosetta is short and stocky and likes to ride in the car. She’s very excited to meet you but calms down and is such a love.

MIKEY is a lab/hound mix who is about 1 year old.  He’s a laid back guy that just wants to share love with people. His eyes will steal your heart. He was a stray so his background is limited. His hold was up 11/24/16.  Once a dog’s hold is over they can be killed any time after that date at the discretion of the shelter staff. 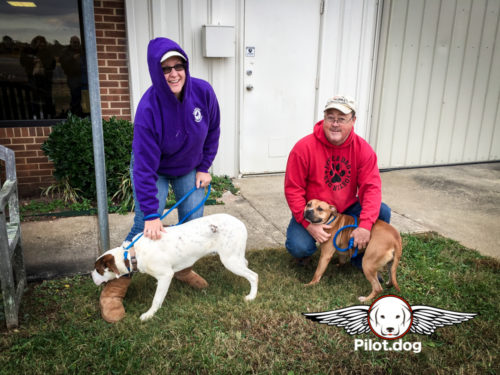 At any given time there are dogs who are pitties, male and/or heartworm positive that are in the most danger right now.  They’ve been at the shelter the longest and would most likely be the next to be killed because no rescue has stepped up and there is no space.

Please, if any Rescue can help these dogs in Vance County, Henderson, NC or if you can foster a dog until a Rescue can be found or adopt a dog please help. You can contact Ruin Creek Animal Protection Society (the volunteer group) on their Facebook page.

On Saturday, November 26th we flew to Henderson/Oxford Airport and met up with a volunteer from Ruin Creek Animal Protection. 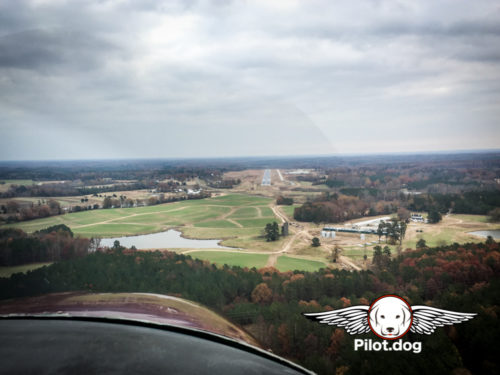 There had been a last minute change in volunteers and Pam didn’t catch her name. She brought Rosetta who had been fostered for the past few days and Mikey who was brought right from the shelter. These wonderful dogs were so sweet and loving, it’s hard to believe anyone would ever mistreat them.

It was cold that morning and we had blankets for everyone. Rosetta sat in the back and cuddled with Pam while Mikey played Co-Pilot and sat upfront with Steve. He and Steve had plenty of time snuggling together. 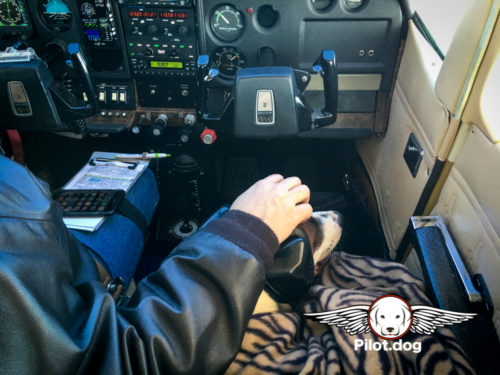 We had moderate turbulence on our way to meet Melissa and Tom Stubblefield of Country K-9 where Rosetta and Mikey would be staying until they were adopted or fosters could be found. It was a short flight but a bumpy one as we neared the mountains.

After a sporty landing we met Melissa and Tom and said our goodbyes to the two sweet pups. We traded the pups for Gus who was on our next leg of our journey to his forever home.

Pam knew that Mikey wouldn’t be at Country K-9 very long for he was such a sweet and gentle boy. Sure enough within two days, Mikey had adoption applications on him. Within a week he was adopted to a wonderful family. 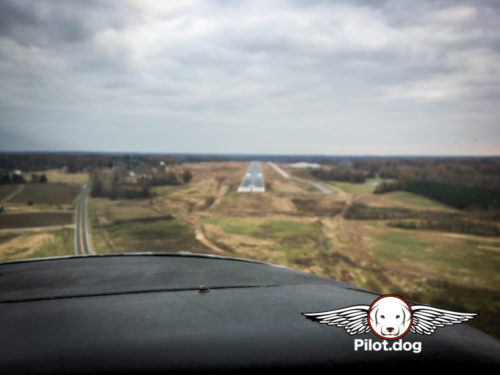 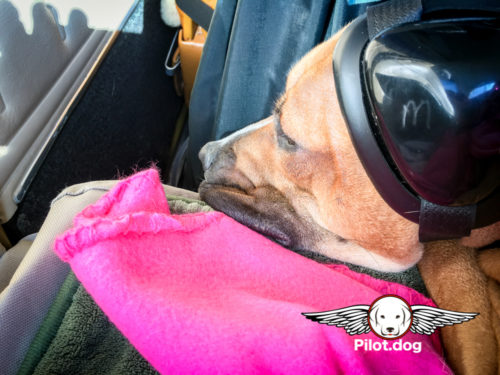 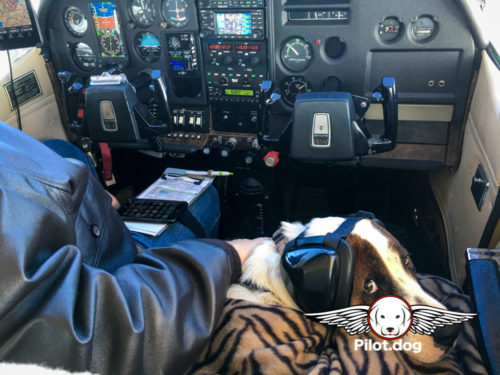 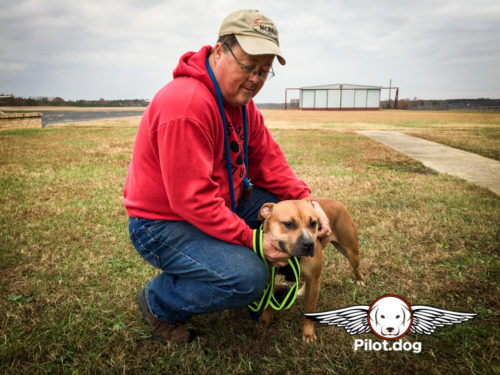 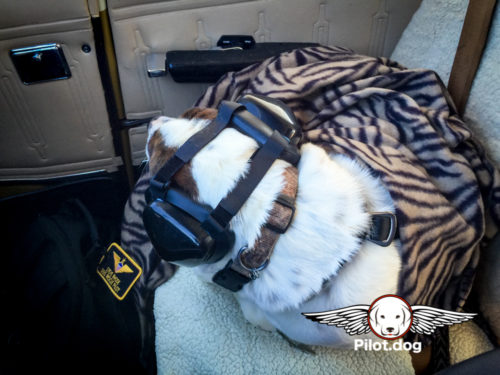