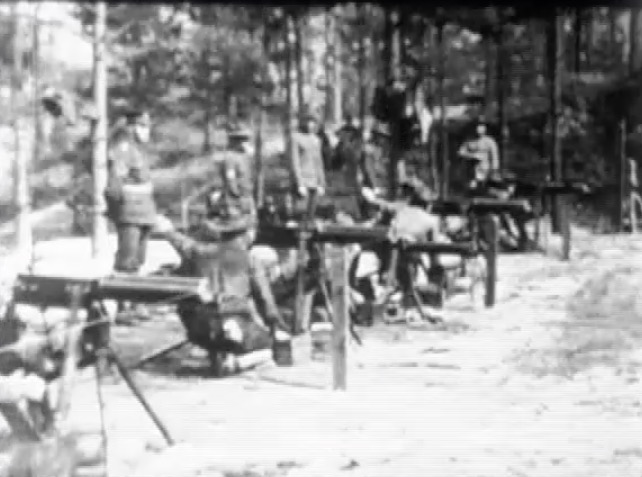 If you’ve ever wanted to know what WWI was really like then this film is exactly what you need to watch. This film uses actual combat camera footage to tell the frontline story of World War I through outstanding visual portrayals of the many dimensions of the Allied struggle with the enemy across the rolling plains of France.

The scenes are the product of Allied and captured enemy combat filming so the “War to End All Warsî is seen from both sides.

One of the major impacts on the viewer is the state of war technology of the early 20th century. Traveling back to those days through the perspective of our modern “shock and awe” technology the WWI machinery and resources of war seem almost primitive.

Here you will see an army that traveled mostly by horse and on foot, while slugging it out with artillery duels and attacks and counterattacks from trenches just yards apart. The limited role of aircraft in this conflict is captured by footage of almost whimsical takeoffs, landings and aerial dogfights. It is interesting to see the use of flamethrowers and motorcycles in the war.

The film covers the period from the American entry into the Allied cause several years after the conflict had started in Europe when the US was forced into declaring war because of the growing number of American ships being sunk by German subs and ends with the Armistice.

You will see dramatic footage of: